Well it’s about damned time! Finally, someone out there shows some common sense about mixed race relationships. Keith Bardwell, justice of the peace in Tangipahoa Parish, LA refused to issue a marriage license to a black man and white woman. His primary reason for doing so was because he believes offspring form these couples “suffer” in today’s society.

Now before you go all tree hugger and label Keith a racist, take a minute to learn his position on people of color in general. First of all, he states that he has “piles and piles of black friends”. Does that sound like something a racist would say? Do YOU have piles and piles of black friends? Didn’t think so. He also says that he allows black people in his home and allows them to use his bathroom. When is the last time you let a black man pee in your toilet? Granted, Keith will still not let the blacks use his pool and they have to drink from the garden hose in the back yard but, other than those things, it’s all good.

As far as his charge that mixed race kids are suffering, I will just have to take his word for it. I seriously doubt he would just lie about such a thing. However, this is not the only group of people suffering from these hybrid children. Have you stopped for even a moment to consider how confusing this is becoming to our racist population? There was a time when they could tell whether you were black or white from just peeking out of the trailer window 30 feet away. Now you almost have to get right up on people to figure out whether you are supposed to hate them or not. 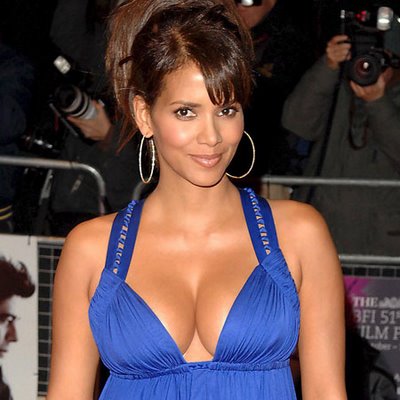 See what I mean? How is an avowed racist supposed to hate Halle Barry when she has so many awesome white features? This may very well be leading to the significant decline in race hating groups in America. Can you imagine an America without racism? That’s one of our oldest traditions. You might as well kill all of the bald eagles and never serve apple pie again.

Here’s another problem. Do you remember when it was ok to be a proud, black man? Black men were virile and almost all of them could run the 100 meters in under 11 seconds. Plus, their penises were truly magnificent. (If you can’t remember this, rent Mandingo). Anyway, now that the white man’s limp, tiny penis blood is being mixed in, all of those good traits are going away. For Christ’s sake, Morgan Freeman has freckles! How far has the black man fallen?

So congrats to you Keith for trying to keep it real and keeping the “real” America alive. If God wanted black mixed with white he would have made Mexico. (He didn’t…Satan did). Now if you will excuse me, I need to go iron my confederate flag and work on the underpinning of my mobile home.