Lou Dobbs called police to say that someone had shot at his house while his wife was standing outside. While I am sure Lou would be flattered if someone actually cared enough to shoot him, let alone his wife, my info is that the house was just trying to off itself.

Since a house doesn’t have any arms, my sources tell me that a hit man was hired to do the dirty work. I imagine the shooter had a high power rifle because a house is pretty hard to take down with one shot. It would seem that as the gunman was ready to do his duty, Lou pulled up and flashed that shit eating grin of his with his super white teeth. The sniper was temporarily blinded, pulled the trigger, and the shot ricocheted off of a tree and bounced harmlessly off of the house. The home is said to be completely inconsolable at the moment. 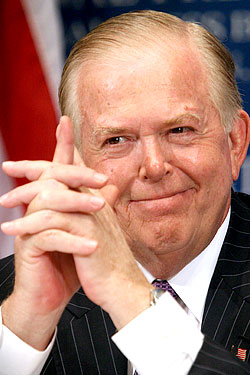 Of course, as I mentioned, Lou thinks someone was out to get him or his wife. He blames it on his position on illegal aliens and will no doubt specifically blame someone named Paco before it is all said and done. I would have leaned toward a disgruntled “birther” who feels that Lou just isn’t trying hard enough to make their absurd argument.

Lou just doesn’t understand how someone could be so riled up that they would do such a thing. Hmm…it is quite the conundrum. A litany of “celebrity journalists” go on the air each day and try to provoke as much dissension as humanly possible to drive their ratings up. Could it be that some of the listeners that have the education and moral compass of an earthworm just might slip over the edge and pull the trigger?

Not according to the local police department. They insist that it is hunting season and, since Lou lives in the middle of nowhere, a stray bullet hit his house. Hence the lack of impact.

My God, how boring of a story would that be? I think, and I can’t prove this, that if the house didn’t do it, then it probably had something to do with illegal aliens, Obama, CNN bigwigs, Larry King, Bill O’Reilly and Bill Clinton. In fact, it was likely a conspiracy between all of them…or not.

Lou – newsflash. No one cares about you. You can keep whitening those dentures until they are damned near translucent but still, no one will care. You are too late to get on the gravy train. Geraldo, O’Reilly, Beck, and even freaking Morton Downey Jr. beat you to the punch. You are just a grumpy old dude that has viewers because people that are too lazy to get up and change the channel after rubbing one off to the magnificent Betty Nguyen. Get over yourself you giant douche monkey. 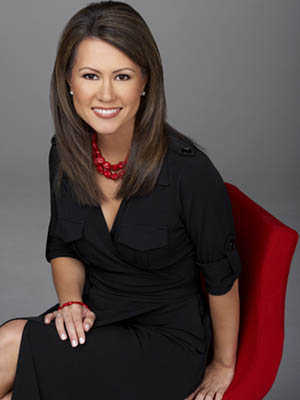 It’s The End Of The World…And I Feel Fine

As I was searching the web yesterday looking for stuff that interested me, like I do, I stumbled across a video on Google that spoke about the end of the world. Specifically, the video spoke about the coming of “Planet X” in 2012, Mayan beliefs, and the “Oort cloud”. I must tell you, it was all quite intriguing. Planet X is in some sort of weird elliptical orbit and will wreak all kinds of havoc on the Earth in 2012 as it passes in our solar system, or, just flat out rams us.

As I have mentioned in a previous post, as someone that attended a Pentecostal church as a youngster, I am all too familiar with the end of the world as we know it. (TEOTWAWKI). Several times over the years the world was supposed to end. And it is not just lunatics that are saying this. Jerry Falwell said in 1999 that, within 10 years, Jesus would return. But, before then, the Antichrist would have already showed up. So Antichrist, whoever you are, you need to get cracking.

I think the last really big TEOTWAWKI moment was the year 2000. I can remember being at a dinner party with a group of people and a large business owner telling me he was convinced the end was near. (Always nice to know that business owners and politicians are pretty sure the world is going to end soon. It might explain a lot of the greed problems). What was more disturbing is that many other lemmings at the party spewed the same silliness. Group think at its finest.

After watching the Planet X video (which you can Google to find), I watched another video that said the Planet X story was just a scheme to take attention away from what was really happening today. The premise was that the government wanted people to focus on the future (2012) or the past (9/11) to keep them from understanding what was happening today…which is this. The governments around the world will soon consolidate into 6 regions. (We get lumped in with Canada and Mexico…what a rip off). Anyway, once that happens, the food chain will be poisoned and kill million of people slowly over a year or two. Then, anyone that has an uppity attitude will be held at “camps”. (And I don’t think they mean the kind with a lake and tetherball). You will have a very small group of powerful people and the rest of us will cater to their needs.

Now, here in America at least, there is a big problem with that plan. Most of us are packing heat and will not go down easily. The suggestion is that a rash of murders at schools, public places, and churches will help us willingly give up our guns “for the greater good”. That seems like a fairly large leap of faith but I suppose anything is possible.

So, with the knowledge that I only have a bout 3 years to live, I tried to find a website that could remind me of all the other times the world was supposed to end. Here is one: http://www.religioustolerance.org/end_wrld.htm#past . Supposedly, this website is run by a bunch of loving people that care about everyone but, for all we know, it is the government trying to throw us off course. Anyway, you can see that virtually every year someone is convinced things will end. I suppose, eventually, one of these people will be correct. But since I will be dead, I am not sure I give a crap.

Here is my recommendation. Stop worrying about the Apocalypse, Martians, werewolves, ghosts, Planet X, or whatever other dopey thing you can think of. All of the conspiracy you needs surrounds you on a daily basis. For instance, how do you know that Hamas has shot rockets into Israel? Because CNN said so? Maybe Israel did it so they could attack unprovoked. Sound silly? Do you remember a country named Iraq being attacked because it had “weapons of mass destruction”? What I know is that powerful people in politics, religion, and business will spew any lie necessary to achieve their goals. Ask some people in Tennessee how that “clean coal” technology is treating them these days.

Stop looking for terrorists or demons around every corner. They are right in front of us on a daily basis…more defiant than I can ever recall in my almost 50 years. What can be done? How the hell would I know? I just write a crappy blog. Someone like Sandy or Liz probably has a better idea. Just stop chasing invisible icons and believing whomever it is you are told you should believe in. Everyone has an agenda. The clock is ticking, but only in the mortal sense. I don’t think it is healthy to think everything is a conspiracy but I do think that critical thinking would go a long way in making our world a better place to be. Allah, Buddha, Jesus, Kevin Bacon, or whoever you think is talking to you is not. Listen to yourself and trust your own instincts.

I leave you with the wise words of George Carlin. Sure he was overly cynical at the end of his life but his message is a good one. (Contains some “adult” language).